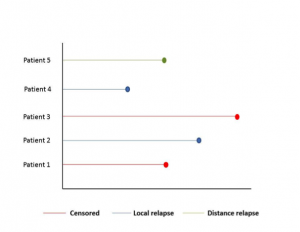 Motivation:
Survival analysis takes into account of whether an event occurs as well as the time to such an event. Right censoring can be due to the occurrence of another event, which is called competing risks. An example of competing risk is disease progression due to a local relapse or a distant relapse. Analysis assuming censoring due to the other event can introduce bias.

Aims:
This Bsc project will review the methodology for regression modelling of competing risks and develops an application of the method, and involves programming in R or other statistical software.